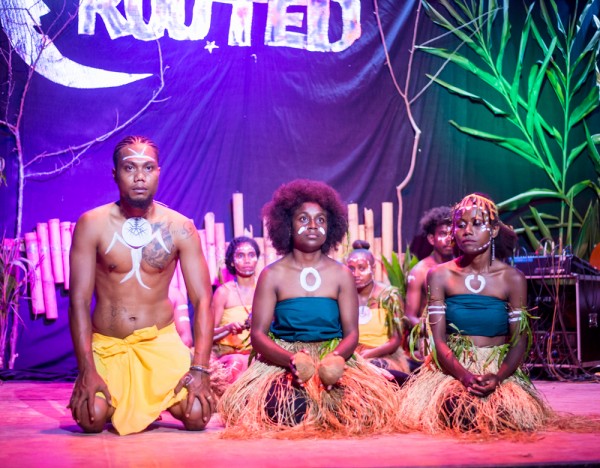 The power of theatre is its ability to help us better understand the world around us. The use of dialogue, culture, expression, and imagination encompasses the human experience and can feel like an emotional outlet to many. VSA partner, Dreamcast Theatre in Solomon Islands believes, ‘’Dreams are achieved through the performing arts.”

Dreamcast Theatre is a youth organisation that has been operating in Chinatown, Honiara since 2005. Their mission is to create a space for young people to dream, explore, and further their passion for performing arts as a catalyst for a better future, not just for the student, but the entire community.

VSA partnered with Dreamcast Theatre to support them with capacity strengthening, skills training, and creative development. In July 2022, volunteers Ayesha Evans and Antony (Ant) Church began their assignments with Dreamcast to help achieve their vision of becoming an official Honiara tourist landmark.

Ayesha is on assignment as a Performance and Events Adviser to assist with event coordination and planning and guiding the existing community of artists to become financially self-reliant through performance. She was drawn to this opportunity because she was seeking an adventure that will make a difference, “My life has included a large amount of volunteering. I worked for various groups at high school (including Students Against Dangerous Driving (SADD) and Amnesty International) and went on to volunteer counseling for victims of sexual assault. I’ve always been interested in doing unpaid work for important causes.” 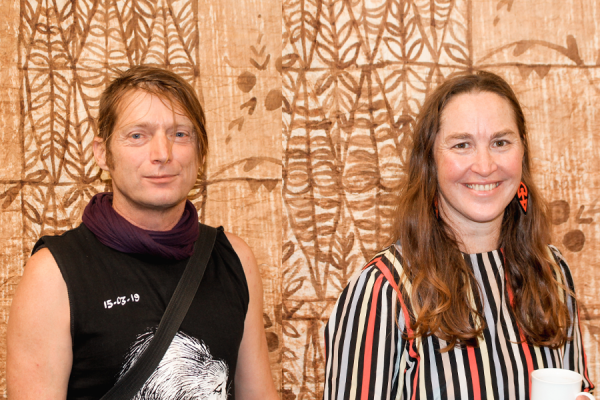 The couple first met a decade ago when they were flatting together. While Ant grew up only a 20-minute drive from the bustling capital city in the North Island of New Zealand, Ayesha was raised in the South Island in an isolated part of the Marlborough Sounds with no electricity. Her favourite pastime was using her imagination to make up games and explore nature. When she was nine her family moved towns and she began taking drama classes which sparked her lifelong love for theatre.

Ant is on assignment as Prop Design Adviser helping Dreamcast to source and produce production equipment from locally gathered materials. “Most things are available here. Some are only sporadically available such as glue for a hot glue gun. We're using a mixture of scavenged, waste and newly bought materials to construct the props.  For example we've made juggling balls using fabric waste as casings and we've used small pieces of coral to stuff them.”

Their assignments with Dreamcast Theatre are interlinked, allowing the duo to work closely as well as experience the culture together. Ayesha says, “Learning the cultural differences, for us, is about patience and understanding. We’re doing our best to learn pijin so we can communicate more effectively.”

Ant adds, “Everything is a learning experience, I enjoy walking to and from work, meeting locals, and having new conversations along the way.”

The couple is working with youth who are largely unemployed, coming from all backgrounds but collectively sharing the same passion, which contributes to the unique work environment. While they agree there has been some navigating around adjusting to a different culture, they have also discovered the beauty in simply taking a breath.

“I remember to pace myself.” Ayesha says, “Things take more time here, which can be frustrating at times, but it’s a good lesson to learn.” says Ayesha, “A personal highlight so far was encouraging a couple of young women to do acrobatics when initially they felt too self-conscious to try! Also, I was able to attend my group’s first acrobatic performance last month.” 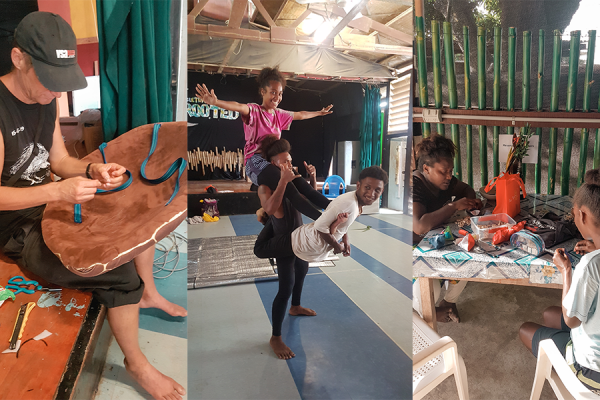 On assignment, both are assisting with many shows including Dreamcast’s most recent production ‘Kastom Story’ in November 2022. For the show props they used umbrella parts, waste fabrics and re-used cardboard, alongside new fabric, wire, paint, and fairy lights.

Ant says, “We get the reward of working alongside a talented group of artists and activists being the change they wish to see in Honiara. We’re part of a community building project which generates increasing income, and which continues to grow for generations.”

Dreamcast Theatre has brought multiple productions to the stage and doesn’t plan on slowing down the entertainment anytime soon. To support their journey, follow Dreamcast Theatre Solomon Islands on Facebook and Youtube.