25.10.2018 - Gina Kaitiplel is Production Coordinator at Further Arts in Port Vila, Vanuatu. This year, VSA commissioned Gina to film footage for a short documentary about VSA volunteer Josh Mitikulena and Wan Smolbag – find us on Facebook to get first look when it’s released! 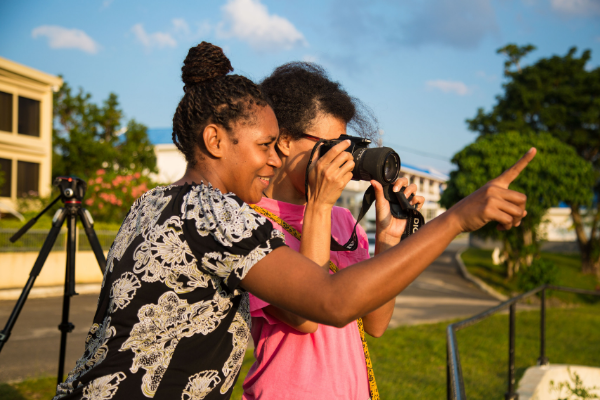 What is Further Arts’ mission?

To support the activities of ni-Vanuatu and Melanesian producers, artists and musicians in all cultural arenas within Vanuatu and overseas. We empower ni-Vanuatu and other Melanesians to develop skills and livelihoods that are culturally, socially, environmentally and financially sustainable, and to apply these skills to achieve social justice and social transformation for the betterment of Vanuatu, Melanesia, and the world.

How did you get involved?

Two years ago I followed Further Arts on Facebook and saw how they helped young people who are interested in media. So I messaged them asking if there were any trainings that I could participate in, and in June last year I got an invitation to join a media training called "Women in Media".  After that, I became a regular part of Further Arts crew and started doing projects with them. And very recently, I joined Further Arts Nesar Studio as Production Coordinator.

How has it made a difference for you?

Being a part of Further Arts has made a big difference for me. It has taught me a lot about photography and filming. It has also allowed me to meet a lot of people who have the same interest as me and also people in different communities. 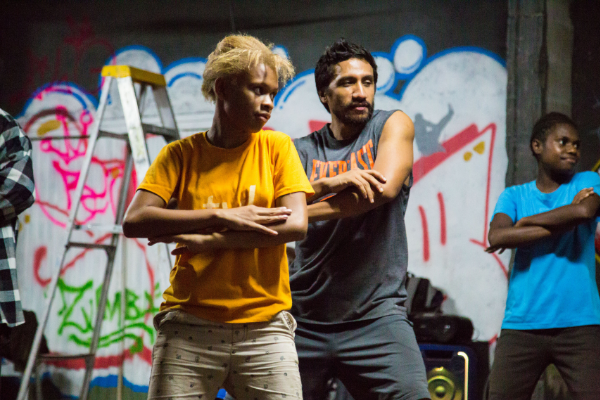 What kind of impact does it make in the community?

The impact that Further Arts has made in the community includes providing space and training on multimedia productions. Its impact in the community has also been documenting ‘kastom' (traditional) knowledge through kastom music, food and dance - this has been realised through video and CD productions and books.

Do you have a highlight from your time here?

It has been an exciting journey for me as a young woman who has never been to other islands except for my home island. One of the highlights from my time here is doing projects in seven different islands from north to south of Vanuatu.