20.05.2019 - In 2015, five young women from villages near Chabai in Bougainville were facing uncertain futures. Unemployed and under-educated, their prospects were poor. Four years on, thanks to volunteer Anne Bellingham, the future looks brighter.

At 20, Ludwina was clever, but had left school early with no qualifications. With too much time on her hands, she says she was just hanging round her village: “I was at home doing nothing.”

Today, Ludwina makes a diverse range of clothes, bags and re-usable sanitary products which she sells for a small profit – and when she’s not doing that, she’s running workshops teaching other young women the same skills.

“My life is different now,” she says.

“Everything I know, it is easy to do. I feel proud.”

Anne arrived in Chabai that year as an accompanying partner to her husband Peter , who’d been assigned as a volunteer to the Nazareth Centre for Rehabilitation. They have been there ever since. Run by the formidable Sister Lorraine Garasu, the Nazareth centre offers sanctuary and trauma counselling throughout Bougainville for victims of sexual and family violence, and for former combatants from Bougainville’s brutal 10-year civil war. It also runs training workshops for the wider community. Anne Bellingham with young women at the Nazareth Centre for rehabilitation.

Anne says the elders of three neighbouring villages had just held a meeting about what to do with their unemployed youth. "They’d been getting fed up with the kids just hanging around, doing nothing.”

The youth included several young women who’d left school after failing exams. Anne says she could understand the girls’ frustration, “because what’s their future? Most of them could see no future. And their prospects were no good because they would just end up meeting some young man and getting pregnant and him disappearing and she’s stuck at home with a baby.”

Anne had worked in textiles and also with youth through the scouting movement “and Sr Lorraine latched onto that pretty damn quick!” She asked Anne to teach sewing and English to the young women; Anne threw in some maths and business studies too. She calls the approach “economic empowerment”.

Anne showed the women (“my girls” she calls them)how they could repurpose the second-hand clothing that’s plentiful in Bougainville. Slowly, they learned to sew simple children’s clothing, then school uniforms, then book bags – all out of men’s shirts.

They sell them in local market stalls, or to visitors attending workshops at the centre. They’ve added coin purses made from plastic bags, pencil cases from shirt cuffs and reversible shopping bags to their range.

“Anything you can fit a pattern for on a shirt, we make. And you can buy some very good ‘label’ dresses. I look at them and go ‘some poor woman paid $500-600 for that, she probably wore it once, and now we’re going to chop it up for shopping bags!’”

Sustainability has been a crucial value from the beginning – and not just environmentally. The project needed to be sustainable after Anne leaves in September. “There was no point teaching them to make something with materials they don’t have. A lot of the sewing equipment I was used to using doesn’t exist here, so there’s no point bringing it in and getting the girls to use it. Even simple things like interfacing and zips: you couldn’t get zips here until a few months ago.”

Anne says she’s heard of programmes where the volunteers brought everything in: “brand new fabric, everything. And I’m going ‘what’s the point?’ They can’t get that stuff in the bloody hills! So I said ‘I’ll just use what we’ve got here’. And that’s basically what I’ve done.”

Using that approach, Anne and her girls have also designed and developed a product desperately needed in Bougainville: reusable sanitary pads.

Menstruation creates huge barriers for women and girls in Bougainville because of stigma, inadequate toilet facilities and poor access to sanitary products, which are often expensive and low quality.

“If they haven’t got pads, the girls don’t go to school, women don’t go to meetings, they won’t leave their homes because of the embarrassment. They can’t participate in things they need to be there for.”

After six weeks of trials – “we’d make them and then pull them, really give them a workout” – the group developed a simple pattern. It features an outer made from flannelette pajamas, a waterproof lining made from umbrellas or shower curtains and backing made from – you guessed it – cotton shirts. Best of all: it’s all fixed with a button.

“We wanted to develop a sanitary pad that the women in remote villages, if they didn’t have a sewing machine, could make by hand,” says Anne.

The women sell a pack of six pads for 15 kina. After a lot of encouragement from Anne, they began running workshops teaching other women how to make the pads and care for them. It’s partly to give the girls an income and keep the programme running – “we’ve had no funding, they’re having to self-fund”– and partly to build their confidence.

“Working with young Bougainvillean women, one of the things they lack is confidence in themselves,” says Anne.

With gentle coaching, they have gone from diffident adolescents unwilling to look older adults in the eye to being capable of holding the attention of an entire room.

“When we ran our first workshop,” says Julia (22), “we had 30 women and two sewing machines. I felt scared because I’m not used to standing and talking in front of people.”

Now, she says, “I feel confident. I feel very happy and interested in running the workshops in different places.”

Celine (27) ran her first workshop while Anne was away, and says it was “very scary”. Now though, “I feel far more confident to talk to the people”. Anne taught them so. She started taking the girls further and further afield on selling trips, including to the famous Chocolate Festival in Arawa. “I said to them ‘we have to sell as much stuff as possible because it’s your accommodation, transport and food money’.”

In the end, they sold nearly everything. “So they got some good spending money. And then I said ‘you’ve got three hours before we leave, go shopping!’”

Asked what changes she has observed in them, Anne says “a sense of achievement I suppose, that they can do what they want to do. They’re far more confident. They’re more aware of processes and what goes into making something.

“Some of the things they’re sewing now, I give them a basic idea or I’ll say ‘right girls, let’s try this, we’ll do some experimentation’, and away they go. And I’ll just leave them to it.”

Anne says they enjoy going shopping to buy materials for the project.

“I’ll say ‘work out what you need, work out how much money you need, and go do it’. And they do. And they love it, they have a purpose now, why they’re in town: they’re not just hanging around.”

The women are enjoying having a little of their own money for the first time: it means they can buy things instead of what they call “eye shopping”. But they’re becoming more mindful of their profit margins.

“They also talk to me about wanting to open savings accounts, so I must be doing something right.”

The girls are now busy planning for their next big challenge. Anne has secured a generous grant from the Norman Kirk Memorial Fund, which supports ‘second chance’ education or training. It will enable her and the girls to travel for two weeks in June, taking their workshops to women in isolated rural areas as far south as Panguna. As usual, they will sell along the road to cover their costs.

For young women who until recently had never left their home regions, it’s a huge step. All the women say they’re happy and excited at the prospect.

They’re hopeful about the future, and determined to continue sewing and teaching others to sew after Anne leaves. Both Celine and Julia hope to start their own small businesses from home.

But there are worries too. All the women now own electric sewing machines, purchased through their individual fundraising efforts. The challenge will be how to run them in villages with limited electricity. Julia worries: “I have an electric machine and no generator or sewing materials.” Celene worries that she’ll need to find a new workspace and furnish it.

Sussan, too, is nervous for the future. Abandoned by her husband, she is raising her three children alone. “I am worried, I must make a go of it for my family so I can make some money.”

For Julia, there will be additional challenges: she’s expecting her first baby in June. She would have loved to travel south but now hopes she can do some workshops closer to home after her baby is born.

Anne says to her knowledge, none of the women have experienced family violence themselves, perhaps because of the centre’s advocacy work in the community. But she knows it’s endemic in Bougainville. She says a case that really got to her was a teenage girl whose family had arranged a husband for her. Luckily for the girl, her older sister worked at Nazareth, and brought her to the centre.

She says they all looked very concerned. “I said ‘you know what? You pack your bag, and you come straight here’.”

The affection is evidently reciprocated. When Anne persuaded Sr Lorraine to let the girls accompany her to a large Human Rights Defenders Forum in South Bougainville, the girls were invited to present a workshop on the sanitary pads. Asked to tell the audience a bit about the project, they became emotional.

“Celine got up, and talked about how she didn’t pass her Year 8 exams and was working in the village. And then she broke down, in front of all these women. She had all the women in tears. She talked about the sewing program and how much it had helped her.”

Peter, too, has made a massive contribution in Chabai. Despite having gone to teach boat building, he has ended up teaching construction skills to boys in similar situations to Anne’s girls. Two have learned to make furniture, one to weld and some to build houses. The boys are now paid a wage by the centre.

In fact, Anne and Peter’s impact on the village has been such that they were made honorary clan members in a special day-long ceremony, along with their daughter and granddaughter who were visiting. They were painted with traditional markings and given specially chosen clan names. Catching a 24-hour stomach bug the night before detracted only slightly from an honour Anne says was “very very cool”.

She’s on a break in New Zealand at the moment before heading back for her final three months in Chabai. She feels the women need some new challenges, so she’s left them with instructions to sew a new sago roof for the sewing room. When she gets back she’s going to get the girls to teach the boys to sew: “the boys want to learn because they all want tool bags”.

“Yeah well the girls are busting to learn some woodwork so I think there might be a bit of a payback coming!” 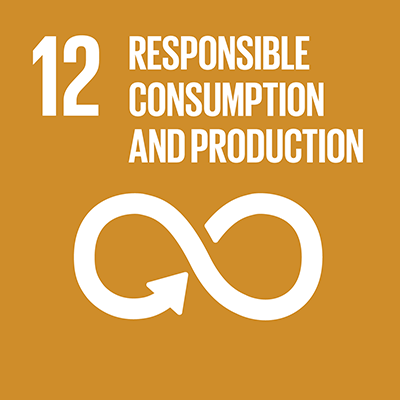