A light sprinkling of rain greeted the attendees at the opening of HAFOTI’s first dedicated production centre. Designed and built locally but funded by The Ministry for Trade and Foreign Affairs (MFAT) and Caritas New Zealand, this is the first of a series of seven purpose-built production centres. It was officially opened by Filipus Nino Pereira, the Vice Minister for Commerce Industry and Environment, who came up from Dili to Madabenu for the day.

It was good to see such high-level interest in Hafoti; there was even speculation that the road repairs we passed on our way to Madabenu that morning were connected to our ministerial visitor. 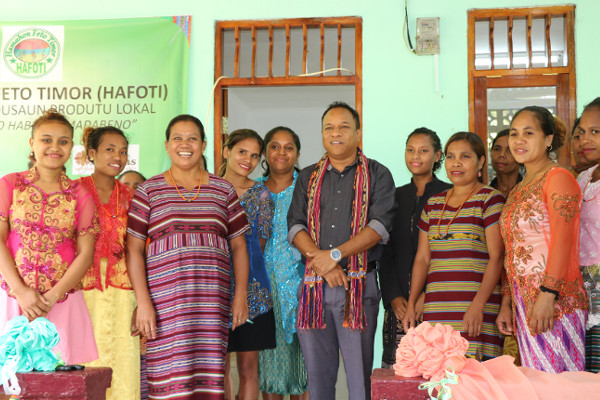 Hafoti is a network of seven local cooperatives operating in rural Timor-Leste, enabling women across the country to sell a variety of local produce. The regions tend to specialise in local products.

“It has been successful through using the resources they have available”, said Alison Carlin, Deputy Head of Mission at the New Zealand Embassy.

It’s taken around 18 months to get this first centre in place but it will serve as a template for the rest of the centres planned for Timor-Leste. The land has been donated by local cooperative members and the first centre got finished on time, despite the rainy season’s mud slowing up building supplies along the rocky road from Dili. Mana Dortia, Director of Hafoti is already looking forward to building the second. When I suggested it was because the road to Liquica is now sealed, she just smiled.

Madabenu is to the south of Timor-Leste’s capital Dili, and the building is part of a long-term vision to provide local women with an additional income that can mitigate the uncertainty caused by erratic weather patterns in this predominantly agricultural area. MFAT required an Environmental and Social Assessment as a part of the building project’s preliminary stages and the assessment offered some suggestions around the building practices for these centres.

The Cooperative produce goods such as soybean milk, dried banana and cassava chips, which are sold locally as well as being sent to Dili. The favourite on the day was the fresh soybean milk with plenty of guests going up for seconds. This is one of the newest product lines and is popular with local schoolchildren.  Anna Robertson-Bate, Programmes Coordinator at Caritas NZ, sees Hafoti’s drive to diversifying markets as crucial to future development. Adding value to locally grown crops by simple in-situ processing methods increases the margins held onto by the producers which would otherwise be lost if sold through a third party.

The new facility will allow increased production and a higher quality product in a dedicated working space as well as giving a training base for the cooperative members.  VSA has had a long-term relationship with HAFOTI and over the years has provided volunteers to advise on marketing, technical as well as environmental issues. Alex Wilson, VSA volunteer and Environmental Advisor for Hafoti, said, “Because the involvement was from the earliest stages, we were able to avoid a number of possible issues. Some sanitation problems were identified in the earlier design so we went for the low-tech solution in the end”. Working in cooperation with other organisations is a key part of VSA’s operations and ensures effort isn’t duplicated. “Collaboration between MFAT, Caritas and VSA has been going on long before my time here and has contributed to the success of this project”, said Victoria Gregory, VSA Programme Manager Timor-Leste.

The success of the HAFOTI cooperative has meant members have been able to send their children to local schools and to university in Dili. Mana Rosa is the coordinator of the Madabenu cooperative and her son recently won a scholarship to Massey University in Palmerston North where he is in his first year of a degree in human resources. He was at the inauguration to see the start of what we all hope is the next stage in the Hafoti story. 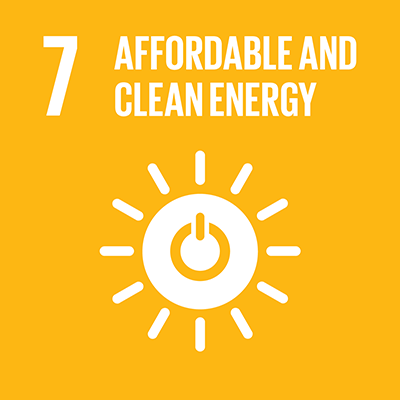