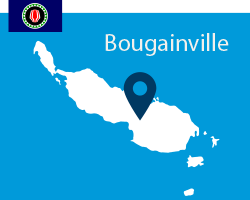 Bougainville is Papua New Guinea’s easternmost region, located between 5 and 7 degrees south of the equator to the north of the Solomon Islands and south-east of New Britain. In the 2011 census Bougainville had a reported total population of 234,280 people, which comprised 3.3% of PNG’s total population. In 2017, most organisations quote a population figure between 250,000-300,000.  A large portion of the population left Bougainville during the crisis and immediately post-crisis, anecdotal evidence suggests some elements of the diaspora are returning. The region is predominantly Christian, made up mostly of Catholic, Seventh Day Adventist and United Church congregations.

VSA began working in the Autonomous Region of Bougainville (Bougainville) in 1998 with a programme that focused upon reconstruction efforts and responding to immediate post-conflict needs . Today, our volunteers work alongside the Autonomous Bougainville Government (ABG), the private sector, and international and national non-government organisations. Together, they support public services, enable community development and secure livelihoods for rural people.

VSA established a field office in Arawa in June 1998, 6-months after the New Zealand government brokered the ceasefire. While many NGO’s set-up in Buka, VSA purposefully based itself in Arawa, near the heart of the conflict, as part of New Zealand Government’s commitment to deliver a “peace dividend”. Volunteers have since been deployed in Buka, Buin, Nissan, Selau-Suir, Tinputz and Wakunai districts, and in 2013 a sub-field office was opened in Buka.

The Bougainville conflict or crisis as it is generally referred to, began in late-1988 and ended in 1997 with the beginning of the formal peace process.  A comprehensive count of deaths is absent although most organisations quote a figure in between 10,000 – 20,000 and in 2005 the UN News Centre put the death toll at 15,000. The crisis led to 60,000 of the ARoB population living in refugee camps, extensive destruction of private and public properties, termination of provincial and central government services to most areas, and widespread trauma and injuries.

What we’re doing in Bougainville

In the 2016-17 year, VSA volunteers undertook 28 assignments with 12 partner organisations in Bougainville.

VSA Bougainville is working to establish itself as the go-to agency for volunteer support in agriculture, health, law & justice, and resilience. This year, volunteers worked with the Nazareth
Rehabilitation Centre and Leitana Nehan Women’s Development Agency to support women escaping domestic violence by giving them counselling, training and a safe space for them and their
children. Volunteers worked across several agencies addressing conservation and critical climate change concerns – working directly with communities to improve their disaster preparedness and resilience. Our long relationship with the Autonomous Bougainville Government continued, with volunteers working across the Bureaus of Environment and Public Affairs. Volunteers worked to address the critical shortage of nursing staff in the country, by supporting the re-opened Arawa School of Nursing (ASoN) and working alongside staff at the Arawa Health Centre. 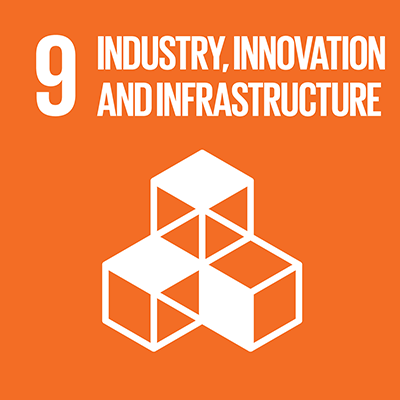