The legacy of more than 60 VSA volunteers who served in Vietnam continues today through the work of the New Zealand VietNam Health Trust.

The Trust grew out of Kiwi medical teams who worked in and around Quy Nhon in the central province of Binh Dinh before and during the Vietnam War (1963-1975). Dr David Morris, a surgeon in a 1970s’ team, helped form the Trust and is now a board member. 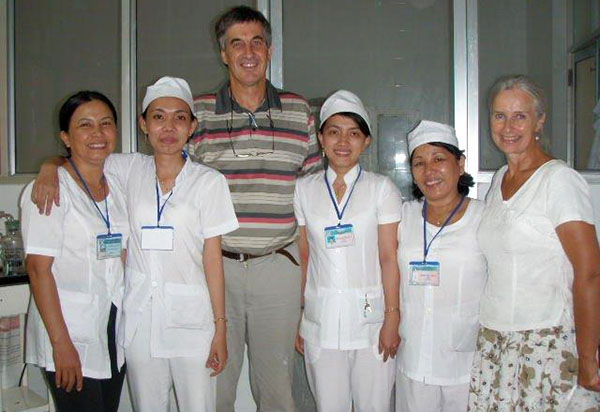 They had a great partnership with volunteers in the same area, David says. “In its 18 years VSA had a huge impact. We often worked closely together, especially with VSA’s nurses and laboratory people.”

The last volunteer was Manawatu nurse Anne de Bres, who left in 2010. Anne has since returned a dozen or more times in her nurse educator role, working closely with members of the NZVNHT.

Although New Zealand was the first country to provide aid to post-war Vietnam, government funding to NZVNHT and to VSA’s Vietnam programmes ended in 2009. Today it’s the generosity of specialist doctors, nurses, midwives, physiotherapists and laboratory professionals that sustains multiple programmes and projects.

David says the Trust is keen to let former VSAers and others know their good work is continuing, and that there are avenues to offer further support. The Trust has a newsletter for members and supporters and would love to hear from any former volunteers with Vietnam links – see NZVN Health Trust – Sustaining New Zealand’s VietNam-Based Health Support.