Among stories of VSAers who take a lifelong interest in their country of assignment, Andy Buchanan’s is hard to match. 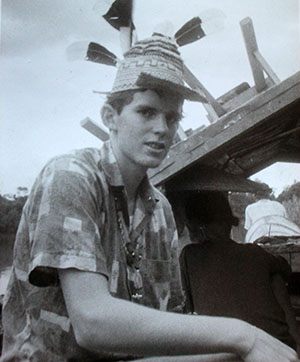 Fresh out of school and in Borneo - Andy Buchanan in 1966.

Andy was 17, a first-year engineering student fresh out of high school, when he set off on the adventure of a lifetime to Sarawak in northwest Borneo as a school-leaver VSA volunteer.

It was 1966, and few places in the world could have been more exotic and remote from his Christchurch home than the island of Borneo. His assignment was to teach at Marudi Government Secondary School on the Baram River. ‘People were very friendly and there was great excitement among our students, as they were the first generation to be educated,’ Andy recalls.

In 2013, as part of celebrations to mark the 50th anniversary of Sarawak becoming part of Malaysia, Andy and other VSAers such as Nick Taylor who taught at the same school, were invited back to Marudi.

The changes, both good and bad, were enormous. Not only had their former students become doctors, lawyers and heads of NGOs, but many were now leading a major campaign to stop construction of a giant dam on the Baram River. Over 10,000 people living in village longhouses on its riverbanks could be displaced in a 412 sq km flood. 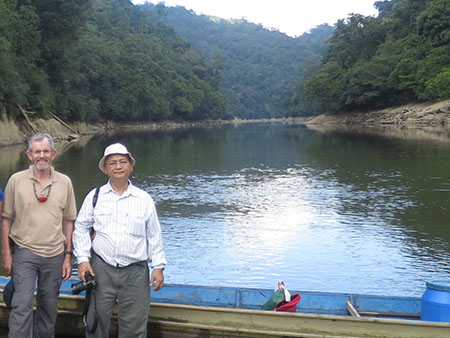 Andy and former student Peter Kallang on the site of the proposed dam.

Blockades had been set up to stop construction workers and material entering the territory. ‘We discovered that a tough fight is going on,’ Andy says.

Another disturbing change was the impact of logging. In 1966 Borneo was covered in virtually untouched rainforest. Now its covered in dusty logging roads. Rivers are laden with silt and huge tracts of forest have been stripped and converted to oil palm.

Andy, today an Emeritus Professor of Civil Engineering at the University of Canterbury, decided to help the communities where he had lived and worked. He teamed up with a former pupil, Peter Kallang, leader of Save Sarawak Rivers, to oppose the dam.

The campaign has become a flashpoint for other local grievances, such as land rights. It has attracted global attention with the California-based Borneo Project and the Swiss-based Bruno Manser Fund weighing in on the side of Sarawak’s rural people. Andy says Save Sarawak Rivers urgently needs money and expertise, particularly in publicity, engineering and legal (especially land) issues. In July this year he visited Sarawak again to offer support. He’s appealing to other New Zealanders to help in whatever way they can. Here’s his full report, with photos (pdf, 458 KB).