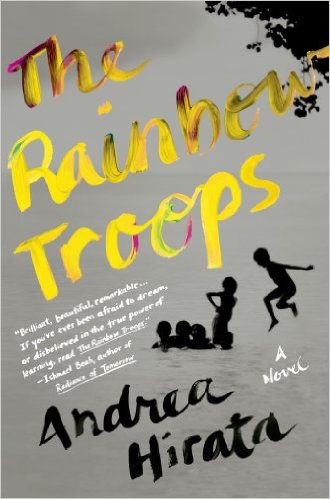 I read this book, which has sold 5 million copies in Indonesia, before going to Timor-Leste to get me in the mindset. Based on the childhood experience of author Andrea Hirata, it is a story of Ikal and his friends, set on the tiny island of Belitong on the east coast of Sumatra. They face a precarious future where basic education is under threat.

As we follow the story of Lintang, a maths genius, we are reminded of the waste in human potential. In the context of volunteering, it demonstrates that the difference between us and the people we are serving is not one of talent or intelligence, but opportunity.

The Rainbow Troops is Indonesia's biggest ever selling book. It has been translated into 21 languages and adapted to film, television and musicals. In its review, The Economist magazine commented:

This is a charming and uplifting book, full of exotic Indonesian words, references to Islamic prayer times and ethnic groups that peacefully coexist (Malays, Chinese immigrants, native Sawangs). It makes for a refreshing break from the middle-class navel-gazing of most Western fiction.