Tracey Wemyss, a volunteer in Timor-Leste in 2013, passed away peacefully on Wednesday 31 August 2016 at the Mary Potter Hospice in Newtown, Wellington. Tracey, 53, had been diagnosed with cancer six weeks earlier. Former volunteer Trisha Dwyer recalls their time together: 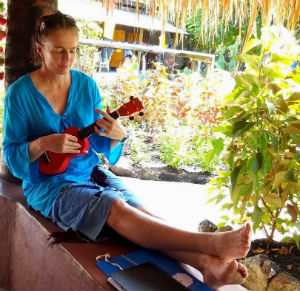 I first met Tracey through a mutual friend who knew we were both destined for VSA assignments in Timor-Leste. I arrived in October 2012 and Tracey arrived in February 2013 for six months. From day one, we were out enjoying our time in Dili as neighbours, walking buddies, fellow choristers and friends.

When Tracey finished her assignment in August 2013, it was clear at her farewell gathering on Areia Branca beach in Dili that not only had she done a fantastic job, but she also had fun and made many friends along the way.

Empreza Diak, the organisation where Tracey was a Marketing and Communications adviser, posted on Facebook:

Thank you so much ‘Mana’ Tracey! A leading example.
Tracey Wemyss… had a powerful, positive impact in all of our team and in many different projects. 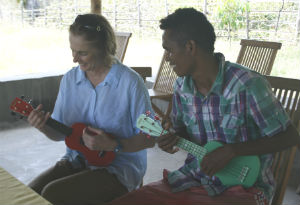 Tracey has worked relentlessly (and had fun while doing it) both at the office and at grassroots, bringing creativity, joy and contagious enthusiasm combined with impeccable professionalism. Plus, her love for music!!! Tracey left us with a beautiful red ukelele that will make our team meetings (even) livelier! Back to New Zealand, we wish Tracey all the best. And keep being Diak!

Vibrant! Enthusiastic! Bright! Talented! Tracey was very much a learner and a teacher, extremely talented yet modestly humble. 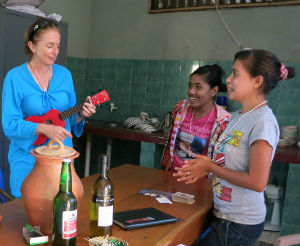 She would work to people’s strengths, always encouraging and optimistic.

With Tracey (aka ‘Tracey ukelele’), there was always music and no shortage of memorable moments. She made a point of turning the ordinary into the extraordinary and appreciating the world around her, taking time to capture the mackerel sky.

Tracey led a busy life with early morning walks, sometimes at 5am to climb the steps to Cristo Rei for sunrise, yoga, biking to the beach, often socialising with other volunteers and meeting new people. She also found time to explore and appreciate the beauty of Timor-Leste. 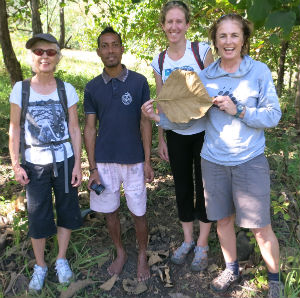 Fellow volunteer Pip tells the story of an excursion to the caves at Loi Hunu. After being guided through narrow passages into a deep cavern, torches were turned off to feel the darkness. Without warning, an enchanting tune from Tracey’s tin whistle filled the space.

Tracey’s musical talent was shared with children in the neighbourhood, the Dili Community choir, and through musical soirees to fundraise for local organisations. Embracing the local language, she would merrily sing, speak, and send texts in Tetun: ‘boa tarde mana’ (good afternoon sister), signing off with ‘obrigada barak’ (thanks a lot), ‘diak’ (good), or ‘ate logo’ (see you later).

After returning to Wellington, she stayed connected to VSA and Timor-Leste through recruitment and briefing sessions for new VSA volunteers, and setting up the ‘Friends of Timor-Leste New Zealand’ network. Tracey helped organise the Exploring Timor-Leste exhibition, picnics, and gatherings with the Timorese NZAid and ELTO students, and the Embassy of Timor-Leste. Accompanied by Tracey’s ukelele we would often sing ‘Mai fall e’ and ‘Hau hakerek surat ida’, the Timorese version of ‘Pokarekare ana’. 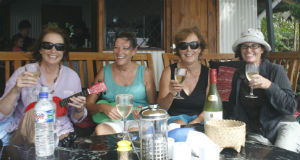 In addition to her work on the Refugee Resettlement Programme at the Red Cross, Tracey also enrolled in a music therapy masters’ programme at Victoria University.

Tracey touched and enriched the lives of so many. Her commitment to making the world a better place was lived through every day actions - always bringing a sense of fun, goodwill, and a bright twinkle to share with those around her. 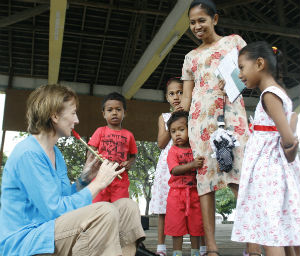