An Australian politician has sharply criticised Chinese spending on big infrastructure projects in the Pacific, sparking a debate about the quality and aims of aid across the region.

Concetta Fierravanti-Wells, Australia’s minister for international development, said that as a result of China funnelling cash, “You’ve got the Pacific full of these useless buildings which nobody maintains, which are basically white elephants.”

“We just don’t want to build a road that doesn’t go anywhere,” she told reporters in January. “We want to ensure that the infrastructure that you do build is actually productive and is actually going to give some economic benefit or some sort of health benefit.” 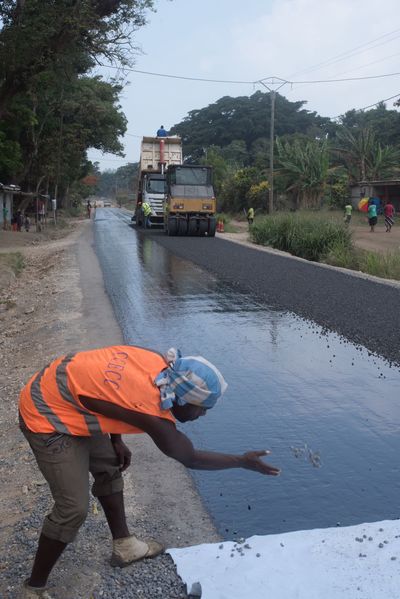 A new road in Lenkel, Tanna, is part of a Chinese project worth more than $A50 million.

China responded by lodging a diplomatic complaint, labelling the criticism as "full of ignorance and prejudice". In reporting the dispute, the Sydney Morning Herald noted that Australia, the largest aid donor in the region, focuses on health and education. China, the second-largest donor, focuses on infrastructure projects. The Herald also noted that the Minister’s comments added to wider tensions about Chinese influence not only in Pacific development but also in internal Australian politics.

Dan McGarry from the Vanuatu Daily Post weighed in with an example of a good Chinese infrastructure project in Vanuatu, and a troubled Australian one. Part of the southern part of Tanna, he said, now has a broad, well-drained Chinese-funded road that has been properly canted to make driving easier.

“On the other hand, Australia’s major roads project in Vanuatu, proudly unveiled in 2013, is a laughing stock,” McGarry says. It’s a “shambolic operation” lurching along with no end in sight, it has a questionable budget, and “traffic in the capital is a shocking mess”.

The Lowy Institute, a think tank, says that since 2006 China has rapidly expanded its commercial ties and aid program across eight Pacific Island countries (including Timor-Leste), committing more than US$1.7 billion in aid to the end of 2016. Over the same period, traditional aid to these countries totalled more than US$9 billion, with aid from Australia making up almost two-thirds this amount. The Institute has provided a map of aid across the Pacific.

Stephen Howes, a Director of the Australian National University’s Development Policy Centre, says there’s an upside of the controversy, including the fact that at last Australia has a strong strategic argument not to cut aid.