Building back in Tonga after Cyclone Gita

In February 2018 Cyclone Gita caused devastating damage in Tonga.  One year on, in 2019, VSA volunteer Bruce Johnson talks about how people and communities are strengthening their resilience

Volunteer Bruce Johnson had just finished an assignment in Tonga and was due to return to New Zealand when Cyclone Gita struck. He says, “The devastation that Cyclone Gita left in its wake was horrifying and the impact it had on friends here was heartbreaking. It was hard to imagine how things could be put right, certainly in the short term. Some of the food crops were badly damaged or destroyed during the cyclone and it was very clear that local production of food crops would be negatively impacted.”

Bruce had already undertaken horticulture and agriculture assignments in Papua New Guinea and Bougainville, and having decided to stay on to work on the Cyclone Gita recovery, is now on his sixth assignment. He says, “Having worked on a farmer education/food security assignment here in the past, I had some knowledge that could complement the local skill base. So when asked to help with a food security and livelihood program I was more than happy to agree.”

Since Gita, Bruce has been working with Mainstreaming of Rural Development Innovation Tonga Trust (MORDI), a community development organisation. MORDI works alongside communities in Tonga to enable them to fight poverty by developing livelihoods and ensuring good health and self-sufficiency. To work with MORDI, communities must show they’re engaging all their members, with an emphasis on giving voice to women and youth. They will establish community and school gardens, educate people in maintaining their own food gardens and spread information about health, wellbeing and the environment, particularly climate change resilience.

Bruce says that women and youth that work with MORDI are enthusiastic about livelihood training.  “In Tongan culture there is a cultural obligation on family members to contribute to the family if they are able to.  Many of the young people I met would give all of their wages to their parents in order to support their family and their church. There is not the same sense of individualism and without doubt the women and youth at MORDI are aware of the value of learning new skills in order to contribute more to their families and communities.”

Bruce believes limited education and unemployment are the biggest challenges facing young people in Tonga.  “ As a small, developing nation, there are not enough education pathways for young people – those who won’t be accountants or economists or pilots – to learn basic skills and how to think critically. For example, supporting farming as a career pathway for young people.  One of the challenges I found in Tonga and Papua New Guinea is trying to convince farmers that they are not ‘unemployed’ but they are running small businesses that contribute to the wider economy. The challenge is to increase the reputation of farming so that young people feel proud to be involved.

Bruce sees farming as vital for the future of Tonga.  “Sustainable agricultural practices will not only make the country more disaster resilient but decrease the reliance on imported food.  More emphasis on producing local, quality produce is essential for food security and will help reduce environmental degradation,” he says.

MORDI is currently undertaking community consultation in almost every village in Tonga and developing plans to identify issues that each community is facing.  “The main issues for people are climate change, food security and sustainable economic development.”

MORDI helps each village with a plan to mitigate or adapt to their local challenges, which are different for each village.  “For example, a village on the foreshore may be more concerned about sea level rise than one in the centre of the island on higher ground. The critical thing is that the locals identify their problems and come up with solutions. First, they have to be empowered to address and solve their own challenges, then get support from others.

What do the elders think?

“Many of the elders in villages are worried about the future impact of climate-related disasters.  They support MORDI initiatives and want to be part of community mitigation projects. For example, besides the agriculture programmes, they are keen to see new community halls built that can be used as places of refuge in the event of a cyclone.”

“Local communities also work with government and local body representatives (town and district officers) as well as MORDI and other NGOs to come up with solutions. Some of the issues are relatively simple to solve, for example, better maintenance of existing buildings, which can be carried out at community level, possibly overseen by town or district officers.

“In the small-holder farming sector; we identified a range of crops that could be grown, looked at market potential and value chains, sourced plant material and developed growing manuals and wraparound training courses.  The manuals promote sustainable agricultural practices, including basic horticulture, climate change, financial literacy and pest and disease control. The training courses can be tailored to the needs and interests of individual communities.

Growing back gardens after Cyclone Gita

VSA provided MORDI with financial grants to support communities with seedlings to reestablish those household and community gardens after Cyclone Gita, and to support the plant nursery in Tongatapu. Because Sunday is a day of rest in Tonga, and young seedlings need seven-day care in a tropical environment, grants were also made to build an automatic irrigation system. This enabled Sunday watering, but also freed up nursery staff to upskill in more areas. While the nursery had eight staff, only one had agricultural training. Now, all eight have the skills to manage a nursery, and a team of four has reestablished MORDI’s nursery in ‘Eua.

“I’m fortunate,” Bruce says, “to be working with a great team of committed, hardworking and supportive colleagues.” He says that Soane Patolo, MORDI’s General Manager, shows “The difference that good leadership makes. The success of MORDI comes down to exceptional leadership - making the impossible happen.”

Soane, in turn, is complimentary of Bruce: “It is the way that Bruce transfers the knowledge. It is well and good to have knowledge, but you have to be able to share it.”

Another victim of Cyclone Gita was extracurricular school activities, as the Ministry of Education was concentrating on rebuilding damaged schools. The Tongan Health Promotion Foundation, where volunteer Marg Armstrong was working, was trying to expand the “Mai e Nima” (Five+ a day) pilot to all schools in Tonga, to encourage healthy eating, but found that in the recovery, teachers simply didn’t have the capacity to take it on.

Marg says “Because Mai e Nima and the National Rugby League (NRL) share a common goal, they formed a partnership.

Thanks to good feedback and the NRL’s track record, they were given permission from the Ministry of Education to increase the funds and Mai e Nima has been able to use a portion of that to teach students about the benefits of healthy lifestyles and good nutrition.” 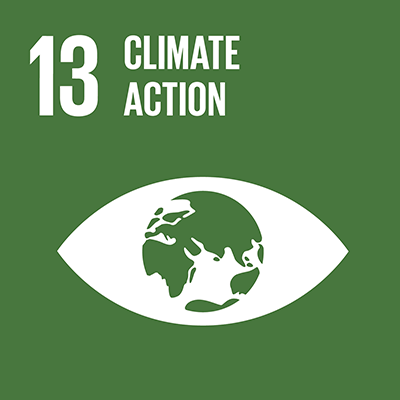