Jose has over two decades of experience in the civilian, security and defence sectors in the Asia Pacific, including 20 years’ experience working at both the strategic and operational levels in post-conflict contexts, stabilisation and peacebuilding operations, and emergency humanitarian relief.

Jose is a recognised subject matter expert, lecturer and advisor on Pacific regional security issues; transnational organised crime; terrorism and counter terrorism; conflict transformation; and humanitarian and complex emergencies. Jose is the Managing Director for the Strategika Group Asia Pacific Ltd and since 2015 has been a member of the executive cadre for the United States Pacific Command and Special Operations Command, Pacific Cooperation Against Transnational Threats programme and Pacific Area Security Sector Working Group.

Jose formerly served with the United Nations, the Australian Defence Force, the New Zealand Police (National Intelligence Centre), and was an advisor to HE Dr Jose Ramos-Horta during his terms as Prime Minister and President of Timor Leste. In 2007 he was nominated for the United Nations Sergio Vieira de Mello Human Rights Award for achievements in the area of community conflict mediation and dispute resolution during the Timor-Leste 2006 crisis. He has published and lectured widely on Pacific regional security issues. Jose is undertaking doctoral studies at the Joint Centre for Disaster Research, Massey University, and holds a Master of International Relations (Victoria University of Wellington, 2017). 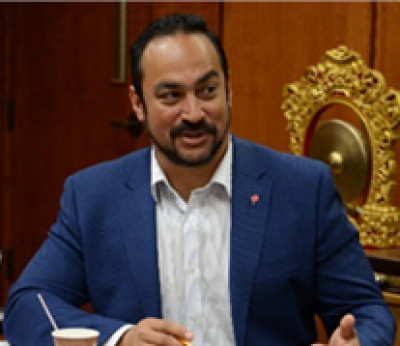