We recently asked Neville some questions about his long involvement with VSA, the impact of VSA and the book The VSA Way. A huge thank you to Neville and his wife Mary for providing us with this fascinating information and for their decades long support for VSA.

The VSA experience is nothing short of a two-way street, epitomised by the positive contribution returned volunteers have made to the socio-economic wellbeing of our nation, as well as to its cultural and environmental wellbeing.  Over the years I have met numerous returned volunteers who have become influential movers and shakers, including one ex-vol who became a high-ranking diplomat and led the New Zealand Aid agency for many years. 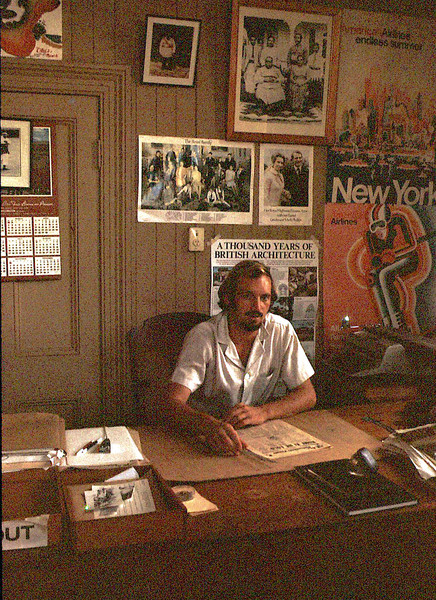 When did you first become involved with VSA and why? What were your first experiences with VSA?

I contacted VSA in early 1974 after I’d learnt there was the possibility of a VSA position with the Government weekly newspaper Tonga Chronicle. After 10 years’ work as a journalist with daily newspapers in Dunedin and Cape Town, I sought a job in the South Pacific islands, and Tonga was my preference because it was the last monarchy in Polynesia and relatively close to Aotearoa New Zealand. VSA subsequently confirmed a position was available for 12 months to cover the editor’s long leave, and I went through the selection process, aware that my two years’ experience of South Africa’s horrendous apartheid regime might impact on my selection.  In the event, it didn’t, and I was thrilled to be chosen for the position of ‘Editorial Adviser’ at the Chronicle.

What have been some of the highlights of your involvement with VSA?

My assignment immersed me in the life and times of the Kingdom of Tonga, its people, customs, current affairs, sport, and of course the monarchy. I travelled with the King on his annual two-week Agricultural Shows tour by sea through all three groups of islands, from the Niuas to Eua, an exhilarating experience that I will describe in my next book, Islands Less Travelled (working title). I played senior rugby for the Tahimate club and was selected for the trials for the 1975 New Zealand tour but pulled out because of a blow to the head in a game the previous week. Most of all I revelled in the assignment because it introduced me to all levels of Tongan society, from palace to church to markets and kava clubs. 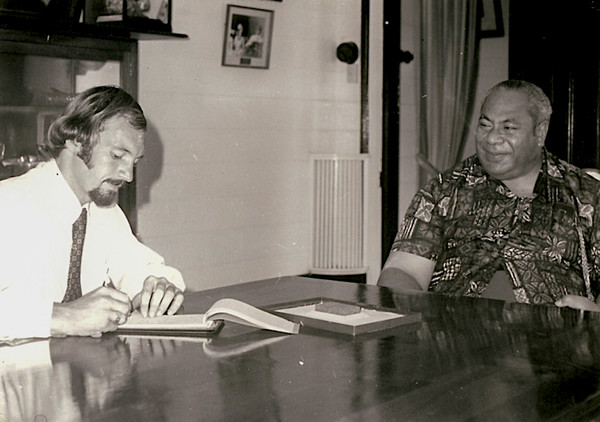 What is special about being a VSA volunteer?

I probably can’t top what I wrote about VSA volunteering in the 25th anniversary book:

“Volunteers launch themselves into the unknown and unpredictable, putting their cultural identity, competence and moral beliefs, indeed their very purpose in life, on the line. It is no small thing, this volunteering. There are risks, however calculated. Yet the rewards always in the end seem to compensate . . . volunteers realise they have learnt as much as they have given, and that perhaps more than any other experience volunteering has pushed them towards their potential.”

What initiated the book The VSA Way?

To mark its 25th anniversary in 1987, VSA commissioned me to write, edit, illustrate and design (with Maurice Conly) the book and gave me freedom as to how to present such a rich canon of experiences. I decided to devote two-thirds of the book to the selected writings from the field by the volunteers themselves, country by country. These extraordinary insights were inspiration for legendary playwright Roger Hall to write a play called You Must Be Crazy! which toured through schools.

What were some of the highlights (and/or what was a story which stood out for you) when writing the book?

Selecting the writings from the field, I was hugely impressed by the devotion of the volunteers to their various assignments through agony and ecstasy, and especially by the remote, leaf-hut kind of living conditions many of them took in their stride. It made my mainly urban experience look posh.

As I wrote in the book, it is unfair to single out any one vocation but there was one that was immediately eye-catching and summed up selection panel interest in the mantra,“ability, stability, adaptability”-- this was the nurse/midwife at a Papua New Guinea outpost. The job involved going on long hikes through jungle from village to village. A particularly evocative essay that made it into the book was from nurse/midwife Mary Hammonds, of New Plymouth (1978-79), whom I later married.

How has VSA made an impact on your life?

It introduced me to my wife, no small thing!  We have lived on Otago Peninsula for 30 years, have a daughter Sophora and an inquisitive and gorgeous two-year-old granddaughter Grace.  Besides this, VSA also introduced me to South Pacific island life and two years later, to my job as publicist for the New Zealand overseas development assistance programme for eight years. The job took me to all our partner countries in the South Pacific, South-East Asia, Africa and South America to report on and photograph NZ aid projects.

How have you seen VSA make a positive impact on communities – is there an example which really stands out for you?

With more than 20 VSA volunteers in Tonga during my mid-1970s assignment, many of them doing great work as teachers, I encountered an amazing array of talented volunteers.

Next, through my Ministry of Foreign Affairs job, I met a range of volunteers in fields such as aquaculture, agriculture, forestry and water engineering, all of whom were contributing to primary production and living standards.

What makes the VSA approach different and/or successful in your opinion?

I guess the flexible, hands-on, sleeves-rolled-up approach and the adaptability of volunteers through the decades stand out, together with the well-found support provided by VSA staff. 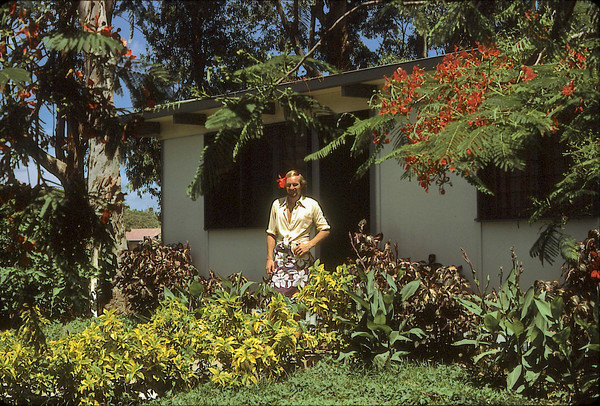 A passion for quality education - Tonga