30.09.2016 - It’s a long way from Samuel Marsden preschool to Bougainville. But Vasti Venter left her position as head of the private Wellington preschool to work at the UN before taking up a 12-month Volunteer Service Abroad assignment in Buka, Bougainville, and has become immersed in the beautiful country’s culture.

Vasti is part of a team at Callan Services for People with Disabilities, a school that provides mainstream and special needs education for pre- and primary school children. Bougainville’s violent civil conflict ended in 1997, and with the memory of war less than a decade old, many of its citizens still live in hardship. Yet Venter has found that despite the differences between Wellington kids and the children at Callan, some things are universal. “I made playdough for the first time a month ago and they loved it. They had never seen playdough before, but the discoveries they made, from not knowing what to do with it, to coming up with their own ideas, were just amazing.” 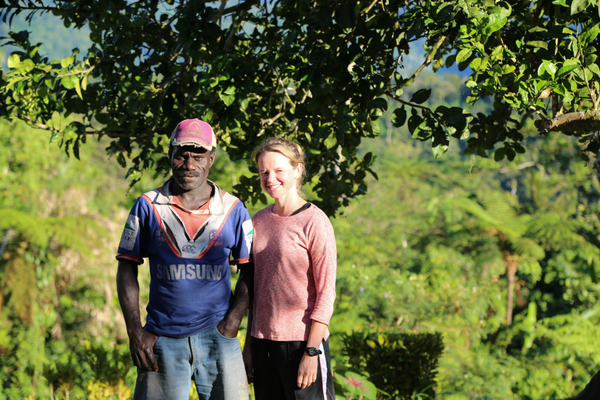 Vasti says learning through play is a new idea in Bougainville. “Children sat in rows on the floor, learning by rote,” so introducing playdough, water play and imaginative play has opened up new worlds for children, and their teachers. “One of the teachers said to me yesterday that she really enjoys teaching now she knows how to use these resources,” Vasti says.

Vasti, a karate instructor, has also been giving lessons to primary school children and has plans to start teaching adults - “especially women. Not just for self-defense, but to build their confidence.”

VSA’s Bougainville Programme Manager Paul Bedggood says Vasti demonstrates what is best about volunteering for international development: “Vasti’s inspiring. She never stops looking for ways to make positive change for the kids and staff at Callan, and in the rest of the community.”

Towards the end of Vasti's year, Callan reported higher enrollment levels, as parents realised the great educational experience kids are having there.

Wherever she goes, Vasti has her camera -- an accomplished photographer, her snaps of life in Bougainville and portraits of its people evoke a beautiful, but complex, country. In her remaining months, she’s planning a documentary shoot at the hospital in Arawa, where she’s been given permission to capture staff at work. “They often don’t have electricity, so operate by torch light. It’s an amazing place.” 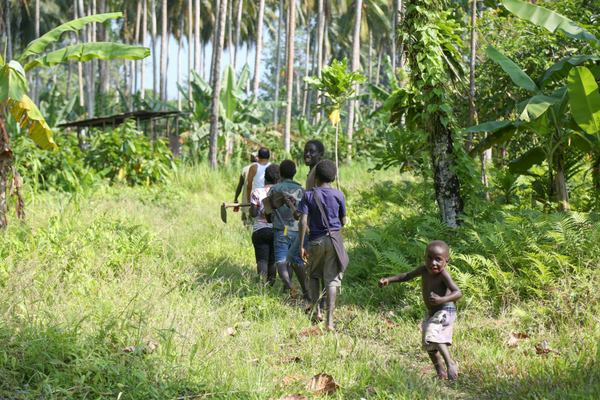 Before she leaves in September, she and the Callan staff are planning a walk from Buka to Arawa, the capital, “which will take 15 days. We will sleep at the villages on the way and talk about disabilities and the importance of early childhood education.”

Villages are often remote, so taking Callan Services to them is an important part of their work, Venter says. “It will be long and hot, but we can do it.”

Interested in your own opportunity to make a difference? Assignments are typically between three months and two years, with flights, accommodation, and a modest living allowance covered by VSA.

To have VSA volunteer vacancies in your field sent to your inbox, register online here.