29.06.2020 - After his five months assignment in Bougainville, Douglas Hancock arrived back in New Zealand just in the nick of time to welcome his new son.

“Despite her being pregnant, my wife was very understanding about my going,” Doug says. “Five months wasn’t long enough, but I was able to lay down a good foundation. I’d love to go back.”

From February to July last year, Doug took leave without pay from his regular job (summed up as “policy, advocacy, advice -- a bit of a Jack of all trades”) at the Human Rights Commission.

“It all went better than I expected,” Doug says. “I had volunteered with my wife in Tanzania before with VSA, and I knew from experience that it makes a huge difference who you are partnered with as to how much you can achieve.

“In Bougainville, my partner made it easy.”

Doug still stays in touch with that partner, Director of Clerks Donald Misang. He says that having regularly engaged with the New South Wales Parliament in Australia, Donald was ready and willing to work together on ideas for process and substance improvements.

“The tight time frame drove me to good project management,” Doug says. “I had a good partner, and a good brief of what was needed. I was able to do a situational analysis and make recommendations and we ran a couple of workshops while mentoring the Clerks on their Reports and providing templates and tools to assist them. 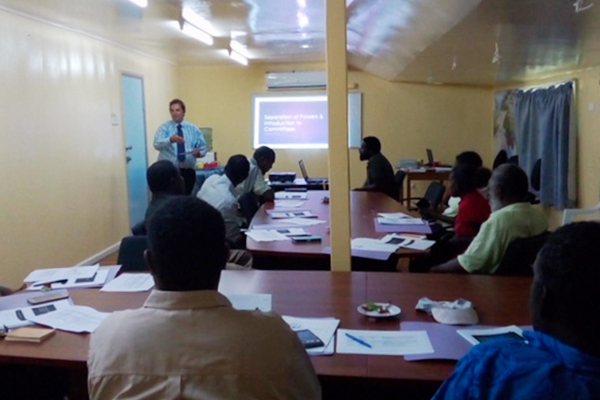 “There were challenges of course – some of the clerks whose job it was to support select committees were -- for a variety of reasons -- more enthusiastic than others.”

But the biggest challenge Doug faced was the lack of legal expertise capacity in remote Bougainville, which has just six weekly flights to the Papua New Guinea (PNG) capital Port Moresby.  “The lack of lawyers is an issue for all of Bougainville, especially for the development of legislation,” Doug says. ”Networking and engagement with the public by the parliamentary committees were really great, but policy and legal analysis of proposed law changes needed support.

“As I was leaving there was acknowledgement that they need to recruit a lawyer for Parliament. I see a ripe opportunity for New Zealand public servants to help build democratic institutions. It’s very fertile ground.”

Doug notes that the Autonomous Region of Bougainville, site of the 1988-98 civil war between PNG, secessionist forces and other armed groups, is often seen as an unsafe place to volunteer.

“It’s a very particular kind of assignment,” he says. “You’re generally safe as a New Zealander, because a lot of people know the role New Zealand played in settling the conflict.

“If I’m honest, the work is great, but the living conditions can be challenging. There are power cuts, few amenities, infrastructure is lacking and there’s a bit of restriction on what you can do.

“But for someone who wants something a bit challenging there are rewards – not least the beautiful snorkelling. You need to be adaptable – that Jack of all trades thing again, where you come with the right attitude and learn what works in the local context.”

That local context is on the path to change. In December 2019 an overwhelming 97.7 percent of Bougainvilleans voted for independence from PNG in an historic referendum. To come into effect, the referendum result needs to be ratified by the Port Moresby national government.

“It will take time – possibly years,” Doug says. “Bougainville is heavily dependent on funding from PNG and there is the question of how it transits to an independently funded model.

“If the right role came up, yeah, I’d put my name forward,” he says. “Generally as a cliché, volunteers tend to be either young or older. Professionals like me in their early 40s tend not to volunteer. But it’s an amazing opportunity to make a difference in partnership at a nation building level. Great for your CV and for enduring networks.

“I would strongly recommend others to go.” 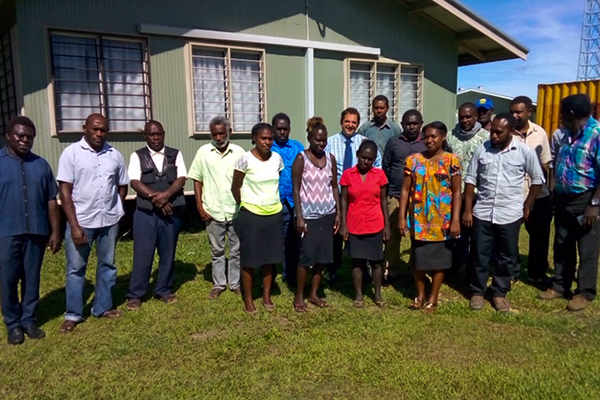