October 10 is World Mental Health Day, a chance to promote good mental health practices and available services, and to address some of the stigma that still surround mental health and wellbeing.

Lauren Emanuel is volunteering for VSA as a Mental Health Programme Adviser with Te Meeria in Kiribati. Te Meeria (KTM) – formerly known as “The Mental” – is Kiribati’s Mental Health Ward, based in South Tarawa. Lauren is the second VSA volunteer to work with Te Meeria, after Andrew Raven undertook an assignment as a psychologist trainer from 2015-2016.

Earlier this year, Lauren worked with her team on events for Depression Awareness Week, including a text message sent to users of telecommunications company ATH Kiribati, who also sponsored the event. The text advised users of a toll-free mental health help line. Lauren says “this allows anyone in Kiribati, even the outer islands, to ring KTM free of cost for advice and support, referral or follow up. It has greatly benefited patients and families who often don't have credit to ring, and outer-island clinic staff who can get advice on acute treatment provision. It’s contributed greatly to service access.”

The World Health Organisation did a review of mental health in Kiribati in 2013. Based on Kiribati’s population of 100,000, they estimated 1,500 people have mental health problems. In 2016, Andrew estimated KTM saw around 200 people, so greater information about the service and access to it through the toll-free line is hugely beneficial. 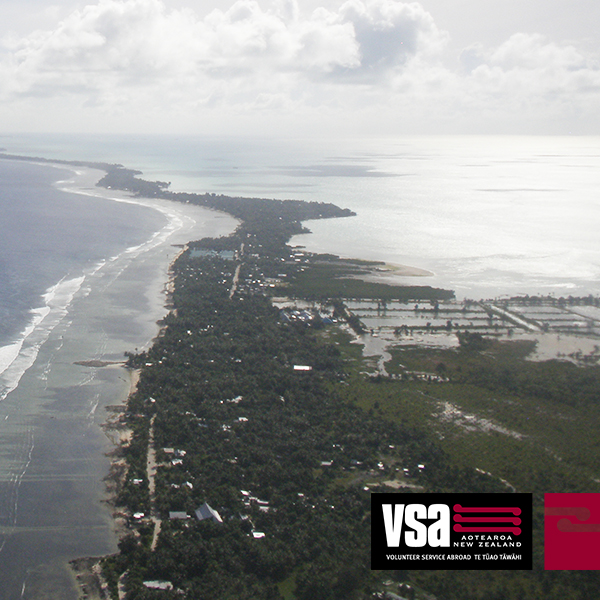 Information about the rates of mental illness in the Pacific is hard to come by, with few countries reporting patient data, but its global impact is better understood. In 2010, the World Bank and WHO estimated that depression alone cost US$800 billion in lost economic output, “a sum expected to more than double by 2030.”

Mental health was not included in the Millennium Development Goals at all, despite three of those eight goals focussing on health generally, and mental illness falling under the UN’s convention on the rights of persons with disability. It has some more visibility in the Sustainable Development Goals (SDGs), under SDG 3: “ensure healthy lives and promote wellbeing”. But international specialist on mental health law Laura Davidson writes “mental health has never had parity with physical health. Despite compelling economic arguments for investing in mental health, stigma perpetuates the lack of resources.”

ATH Kiribati will also host the electronic package on their website for private workplaces.

Lauren and KTM have drawn on support from New Zealand and international organisations, including using The New Zealand Mental Health Foundation’s "5 natural ways to wellbeing" resource, which they’ve translated into I-Kiribati. “We now have a Kiribati poster and desk card for promoting these evidenced-based actions to enhance wellbeing and strengthen resilience against mental illness. Another lovely aspect is being able to send these back to the Mental Health Foundation for the approximately 2,000 I-Kiribati who live in New Zealand to use.”

Lauren says “In addition to this we are piloting a workplace depression awareness and mental disorders training for the Kiribati Prison Service. This will be evaluated and hopefully further Ministry workplace awareness training will follow.

She adds that on World Mental Health Day her team at KTM is celebrating by officially claiming the name "Kiribati Mental Health Services” to more accurately identify themselves and the work they do. “We are also having a transition ceremony at KTM to mark renaming the current role of orderly to that of Mental Health Support Worker to recognise the beginnings of a move to recovery focused mental health.”