09.10.2017 - "Growing up in Papua New Guinea and getting a decent education in the early 80s was very hard,” says John Matthews, a lecturer at Rabaul’s Divine Word University (DWU). 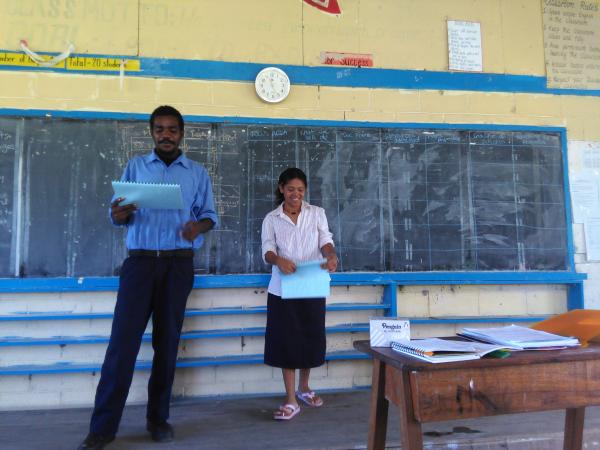 Many children had to go to school a long distance from their homes as there were very few schools available during that time.” Most children, he adds, couldn’t start school until the age of seven, in order to keep enrolment numbers manageable. “There was a lack of resources such as desks, chairs and even not enough space to cater for everyone. Most schools in those days lacked proper classrooms as most classes were conducted under trees for shade and other health issues.”

Since then, the education system in Papua New Guinea has seen improvement: since 1993, many provinces have established village schools that focus on local language literacy. The village schools provide a preprimary level for children as young as five years of age that teaches the children in their native language. The schools also encourage the children to become literate in their local language before learning English.

In 2012, the Government introduced zero school fees, so more children are enrolled in school than ever before – but just 56% of students stay there until the final year of primary school. Fewer girls go to school than boys, often because schools don’t have adequate toilet facilities, or because they are needed at home. Even with no fees, the cost of going to school – uniform, materials, travel – can still be too high.

Early Childhood Care and Education is not recognised within the PNG education system, and there are few facilities for students with special educational needs and disabilities.

Last year, PNG announced it needed 10,000 teachers: many rural schools are closed due to the shortage, and urban schools have teacher:student ratios of 1:55. 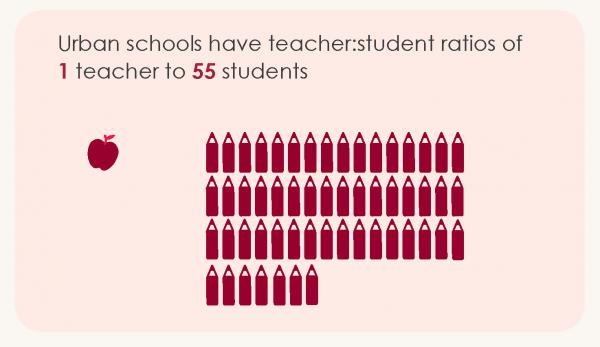 For these reasons, VSA is collaboratively working with all the teacher training institutions in East New Britain to produce more competent, qualified and skilled teachers. This year, over 250 trainee teachers are receiving training and education with the assistance of VSA, enabling a better educational future and outcomes for thousands of children.

John says systems set up over the past few years by VSA volunteers at DWU, a teacher training college, are still being used, including an electronic database of resources for teachers and students of the Bachelor of Primary Education, and a Peer Advocacy programme to provide personal and academic support for students. “Most volunteers have left behind a lasting impact on the organisation.”

VSA Country Programme Manager, Papua New Guinea, Johannes Gambo says “When you train 200 teachers and they go to 200 schools, the impact is huge.”