Following her 2015 UniVol assignment as a student peer advocate programme assistant at Kabaleo Teachers’ College in Kokopo, Papua New Guinea, Laura Barnett was inspired to keep working there. This year, she’s taken up another assignment, this time working with the Catholic Archdiocese of Rabaul (CADR) as a family and sexual violence action liaison. 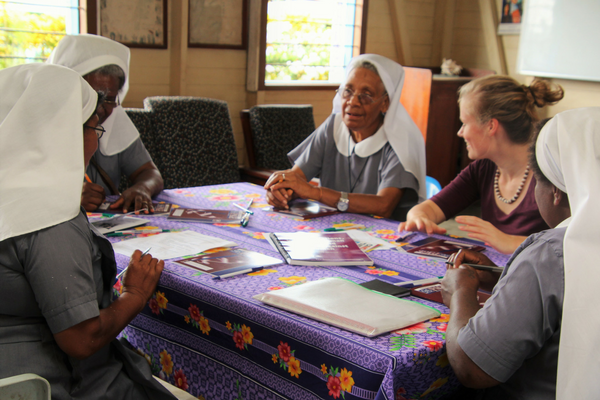 The FMI Sisters turned to the Nazareth Centre as a leading community organisation, able to provide preliminary training for the Sisters as the future East New Britain safe house staff.

Fellow UniVol Finn Egan (see page 6), who was at Kabaleo Teachers’ College in 2016, is currently walking the length of New Zealand along the Te Araroa Trail to raise money to build the refuge. Although land has been set aside and plans drawn up, the project still lacks the funding to allow construction to begin. The funds will go to local NGO Roar4PNG, which will help manage the project, and which part-funded the FMI study tour, along with PNG Air and VSA.

FMI Leader Sister Wilhelmina Sundu is grateful for the donations the group received and is reaching out for government support of family and sexual violence. She said, “I sincerely thank our initialpartners PNG Air, Roar4PNG, Volunteer Service Abroad, the people of good will, especially the expatriates from Rabaul and Sr. Lorraine Garasu CSN and laities of Bougainville for making our study tour to Bougainville happen. I recognize that so many lives of infants, children, youth, men and women are disregarded, destroyed and buried as a result of domestic violence, which is a constant turmoil in an individual, family and community. We need constant support from the Provincial and PNG government to do this work together.” 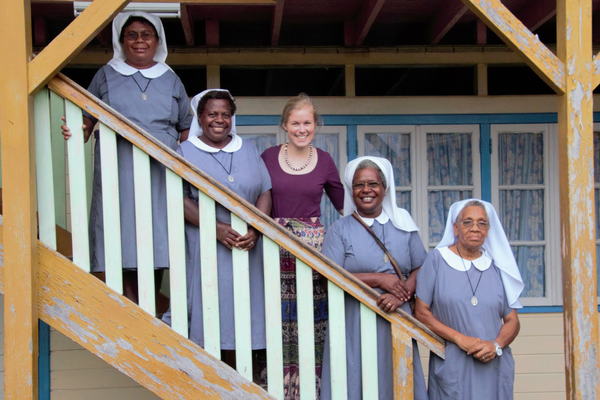 Laura was pleased with the outcome of the tour: “The trip was the first of its kind for the Sisters. It was a huge success because they now have a clear view of how safe houses are managed and operated in a similar religious and cultural setting. The Sisters can take what they learned from the Nazareth Centre and apply it here in East New Britain.”

Picking up the phone in PNG