Most of us at that age had only one real skill to offer – speaking English fluently, so we mostly became teachers.

I was doubly lucky to have farming experience so my job was farm mechanic at the Hango Agricultural College on the Island of Eua, though I did teach a couple of classes of English and farm mechanics as well.

Teaching a student how to plough

The change for a young country lad was dramatic. From a mainly white background in Whakatū/Nelson with little exposure to tikanga, I suddenly found myself totally immersed in a new and fascinating culture.  There was a grand total of eight Europeans on Eua at the time.

We’d been given a crash language course before leaving, which prepared us at least to say “Hello, how are you?” in Tongan, and reply appropriately when asked in return.  The training manual was borrowed from the Peace Corps which put its volunteers through a three month intensive course before they arrived, speaking the language fluently, but with little understanding of the culture.

We were heavily outnumbered by Peace Corps Volunteers.  In 1970 they had more volunteers working on Tonga alone (two on Eua) than VSA had in the entire Pacific.  But because they were so fluent in the language, there was an expectation they’d also know how to behave in Tongan society, often leading to much embarrassment. 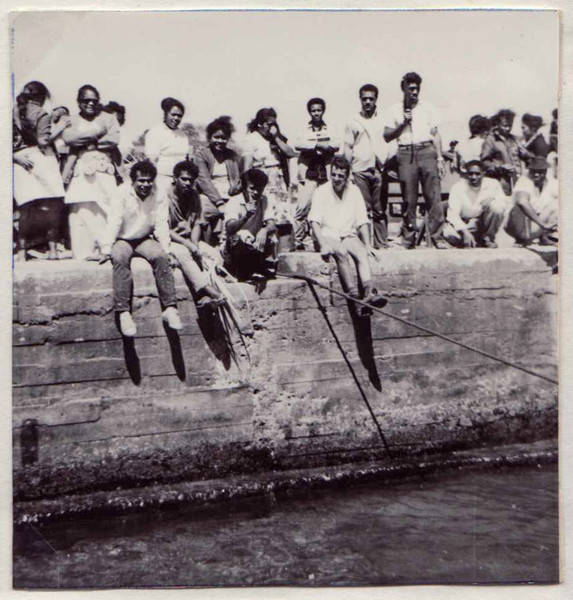 Because the Kiwis clearly were newcomers Tongans were much more patient with us and delighted in inducting us into their culture.

We were a bit more prized too…Tonga had to pay us $5.00 a week plus room and board while the Peace Corps footed the entire cost for its volunteers.

The work for me was challenging but immensely satisfying. All male Tongans were entitled to eight acres of land when they reached adulthood.  Hango was set up to teach them how to work collaboratively and use the land most effectively.  With several grouped in a collective they would be able to afford machinery and farm more efficiently. This was where I came in, making sure the machinery kept running, and training the students how to operate and maintain it.

This for me was the most fantastic gap year long before gap years became popular.  What I learned from such a deep exposure in a totally new culture opened my eyes to appreciate the incredibly rich diversity which the world has to offer.

I hope and believe this has stayed with me to the present day and will for the rest of my time. 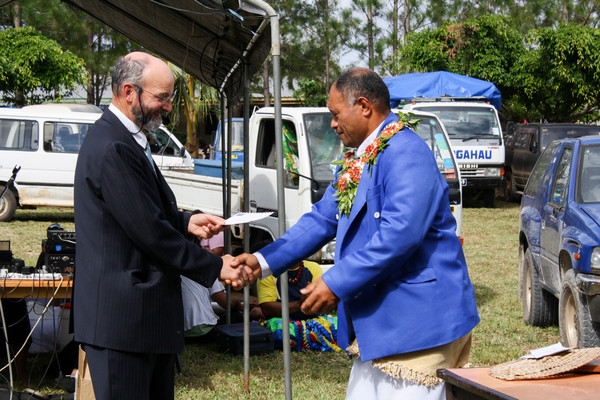 Presenting a cheque from the Rotary Club of Wellington South