26.10.2017 - Volunteer Daphne Smithers and the local team give Honiara Public Library an overhaul...

Daphne Smithers’ trip to the doctor for a jellyfish sting took far longer than expected. When the GP learnt she was volunteering as a library adviser for the Honiara City Council, he insisted on telling her the story of how a library had changed the course of his life, when a borrowed book on human anatomy caught his eye as a boy.

That was when, he told Daphne, he decided to become a doctor. 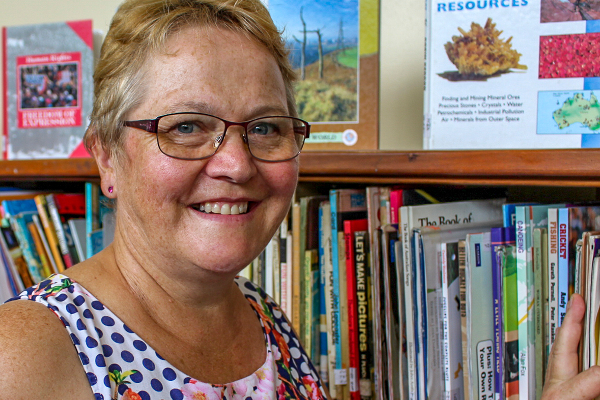 In a country where around 40% of the adult population is non-literate and up to 20% of primary school-aged children are not enrolled, access to books is vital. But when Daphne arrived in November 2015, there was no facility to take books out of Honiara Public Library. Within her first month, she set up an old-fashioned book ledger for issues and returns, so that people could borrow books. In January, the Library issued 38 books. In April, more than 588 were checked out.

The Library’s refurbishment is part of The New Zealand High Commission and Honiara City Council’s Honiara Economic Development Support Programme (HEDSUP), which was developed in 2011. The Programme paid for landscaping and outdoor tables for the Library in 2014, indoor furniture and the purchase of a number of new non-fiction books which were seriously lacking previously.

Daphne says many of the books have also been donated by Kiwis, and a connection at Massey University is providing an Electronic Library Management system to digitise the catalogue and borrowing system. Cables have been laid for internet access, and six computers will soon be installed for public use. “It makes me proud to be part of what New Zealand has contributed to the library,” Daphne says. 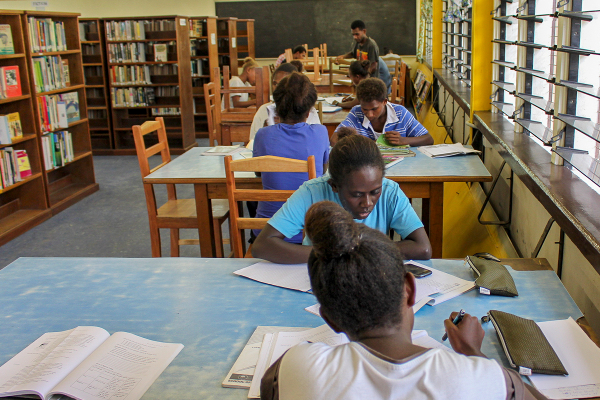 Locals making good use of the library facilities

Alongside that funding, the library team have devoted hours to improving the Library’s appearance, cleaning, sorting and culling out-of-date or duplicate books, with plans to send them out to more isolated villages. Previously, the Library was closed on Wednesdays and weekends, but it is now open all weekdays. She is intending to trial opening one evening per week and at the weekend, so families can bring in their young children outside work hours.

Right now, the library is mostly used by tertiary and secondary students, and Daphne says “you don’t see parents bringing their children in like you do in New Zealand, and I’d love to see more young children using the Library and reading.” The cute child-sized tables and chairs for the children’s section of the library were also purchased through HEDSUP and made locally.

“Libraries are such a valuable part of public life,” Daphne says – and with visitor numbers continuing to increase, those little tables could be hosting more future doctors.

What does climate change mean in the Pacific?